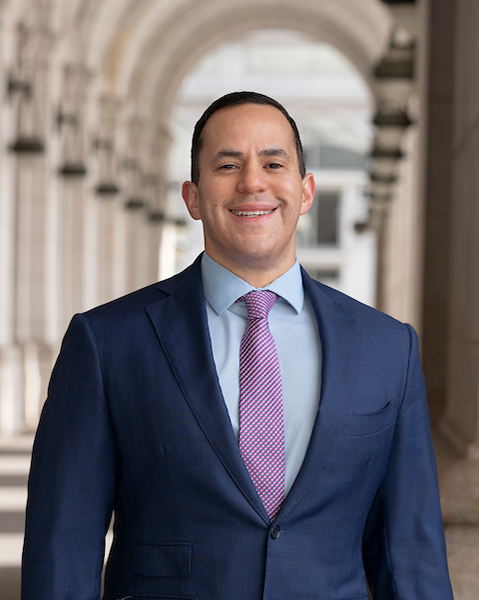 Ariel Gonzalez, one of the newest team members at Chamber Hill Strategies, has seen the advocacy landscape change considerably over the course of his 20-year career in Washington.  Each of Ariel’s accomplishments has provided countless learning opportunities that he uses to help clients achieve their goals.  We talked to Ariel about what he’s learned and about how his passions for basketball and martial arts keep him grounded.

What are some of the highlights of your career?

In my six years at AARP when I ran their health and family team on the federal level, I was able to prevent Medicare beneficiaries from paying more in out-of-pocket costs.  I’m really proud of being able to hold the line and protect tens of millions of Medicare beneficiaries from harmful proposals.  A little later in my career, I led and coordinated an effort to get substantial mental health and substance use disorder reform as a part of the first 21st Century Cures Act when I was Chief of Government Relations at the American Psychiatric Association.  It was wonderful to collaborate with some of the other large mental health organizations, like the American Psychological Association, Mental Health America, the National Alliance on Mental Illness, and others to advocate for substantive change in terms of how mental health and substance abuse is addressed.

Advancements in technology as they relate to grassroots advocacy have been outstanding over the last 20 years.  When I started the health care portion of my career in 2002 at Premier, Inc., the advocacy tools we had then were so elementary compared to the sophistication of grassroots advocacy tools that we have available today.  Within the last 10 years, the ability to have microtargeted messaging to legislators in real-time such as social media messages have been key.  Before, we had to rely on letter-writing, which transitioned to faxing, and then emailing.  Today, social media plays a huge role in everything we do, including digital advocacy from grassroots and grasstops perspectives that allows organizations to move the needle with legislators in real-time via targeted messaging.

What are some of the biggest challenges lobbyists and advocates face in 2021?

You can’t speak about advocacy in 2021 without speaking about the pandemic.  The transition to virtual advocacy was a significant challenge in 2020, and in 2021, I think most lobbyists and Hill staff have begun to understand that this is the new normal.  Certain Hill staff have even expressed they would like this to continue with virtual advocacy post-pandemic because they think it accelerates efficiencies in meetings and helps with their schedules.

On another note, I’d say another huge challenge in 2021 is the hyperpartisanship that is evident on Capitol Hill.  Over the last several years, it’s just gotten uglier and uglier between the parties.  I was just reading something from House Majority Leader Steny Hoyer (D-MD) where he was expressing concern in the House that even broadly supported, bipartisan bills that should be voted on under suspension are now being called out to do roll call votes just to be a thorn in the side of the majority.  That’s why as a lobbyist, I work to leverage our relationships in a way that benefits clients in this partisan environment.

What’s some of the best advice you’ve received?

“The only thing constant in life is change.”  I use that as a mantra to continuously evolve as a person, a lobbying professional, a father, a husband, and as a contributing member of society.  Being able to understand the dynamic of things in Washington – the power changes, power shifts, being able to roll with the punches – is really critical.  The ability to believe in yourself has really been something that I hold close as I faced various challenges.

What else should we know about you?

I’ve coached both youth and high school basketball since 2003.  I love to play when I can and teach my knowledge of the game to the kids.

I’ve also dabbled over the years in acting, both on stage and on screen as a way to develop tools to become a better public speaker.  Speaking publicly to strangers translates well in terms of performing live on a stage or in front of a camera.

Finally, I’m a big martial arts guy.  I’ve been studying and training various martial arts on and off since the age of 5, and I’ve coached martial arts, too.  I definitely enjoy it, and it’s really helpful in a number of circumstances in life – from learning discipline when I was younger to feeling confident in handling myself in a variety of situations.