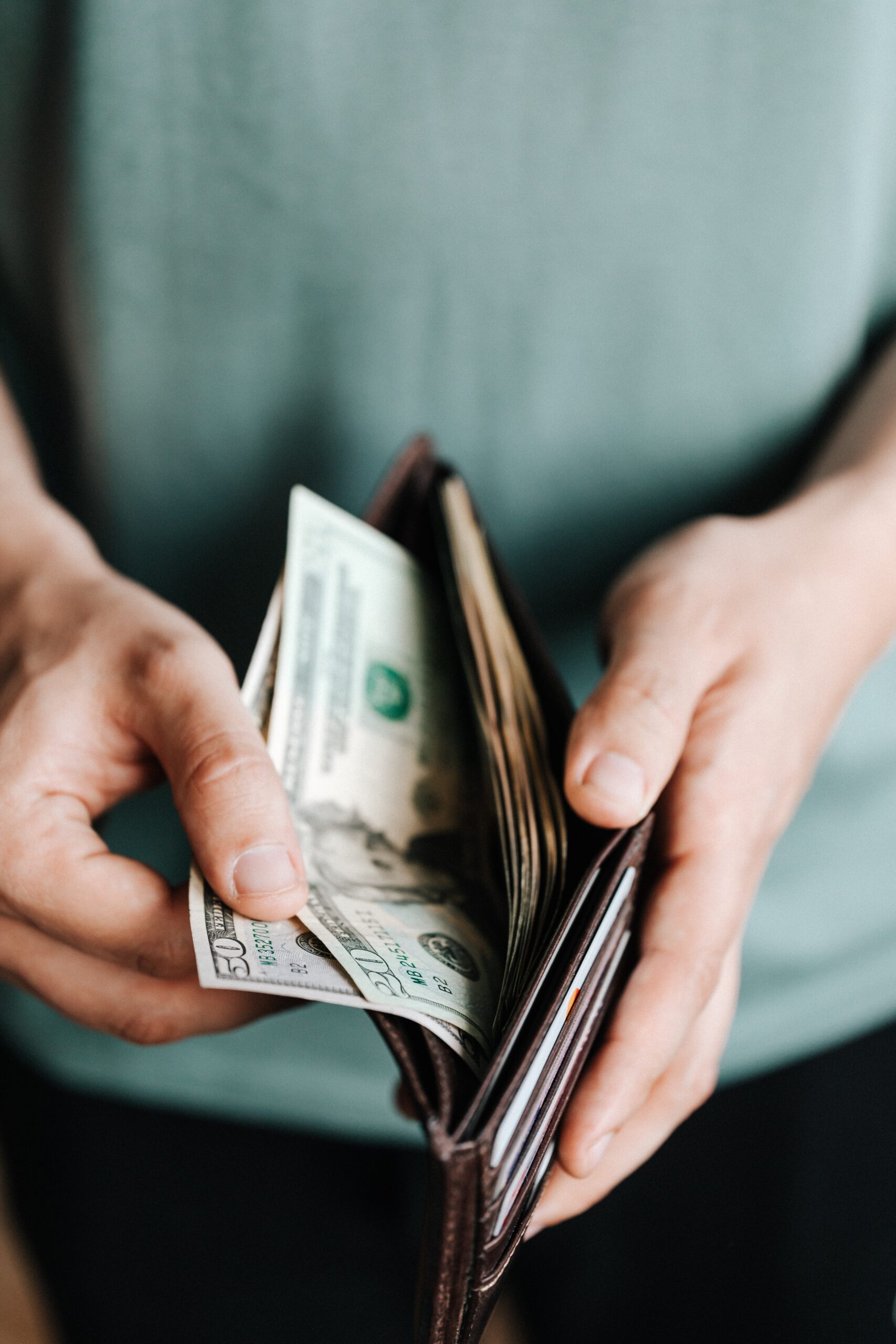 On June 29, House appropriators signed off on a report to look into whether Members of Congress deserve a pay raise.   Does that mean their staff should get a pay raise, too?

In Washington, DC, the median rent for a one-bedroom apartment is $1,630.  That’s a tough pill to swallow if you’re a young congressional staffer barely making over $30,000 a year.  The cost of living in the Washington, DC metropolitan area has soared in recent years while salaries for Hill staffers have barely budged, contributing to what some have observed as high turnover and low diversity among congressional staff.

How Staff Are Paid

Each Member of the House of Representatives receives a Members’ Representational Allowance (MRA), which supports Representatives in their official duties.  The MRA is funded through the House “Salaries and Expenses” account in the annual Legislative Branch appropriations bill.  It is calculated into three components: personnel, official office expenses, and official (franked) mail.  Each component is combined into a single MRA reauthorization that can be used to pay for any type of expense, such as staff or travel.  While the personnel amount is the same for each member, official office and franked mail expenses vary depending on the distance between the Representative’s district and Washington, DC.  Each Representative may use the MRA to employ no more than 18 permanent employees, an amount that been unchanged since 1975.   Members are permitted to distribute staff salaries as they see fit and usually  interns and entry-level staff receive the lowest compensation, while senior staff receive higher salaries.  For many House staffers, maximum salaries have been unchanged since 2009.

Similar to their counterparts in the House, Members of the Senate receive a Senators’ Official Personnel and Office Expense Account (SOPOEA) to assist in official duties that is funded through the “Contingent Expenses of the Senate” account in the annual Legislative Branch appropriations bill.  The SOPOEA also consists of three categories (administrative and clerical assistance, legislative assistance, and official office expense) that are combined and may be used for any official expense, including staff salaries.  Typically, salaries for Senate staffers are higher than those for House staffers.  The SOPOEA saw a decrease in funding from FY 2010 to FY 2014 and remained the same from FY 2014 to FY 2017 before seeing a small increase in FY 2018.

Below is a chart listing average salaries for key House and Senate staff positions.

Again, these figures are averages, and actual salaries can vary widely between congressional offices.  In the House, for example, staff assistants surveyed made between $29,000 and $67,333 per year as of 2019.  Additionally, not all House and Senate staffers receive their salaries from MRAs and SOPOEAs respectively, as the Legislative Branch appropriations bill provides separate funding accounts for both leadership and committee staff.  In the House and Senate, leadership offices are funded as individual line items, such as the Office of the Speaker and the Offices of the [Senate] Majority and Minority Leaders.  Additionally, House committees are funded under a “Committee Employees” account, while the Senate has separate accounts for the Appropriations Committee, Conference Committees, and Policy Committees.

The Impact on Staffers

While salaries for congressional staff have barely changed over the past decade, financial pressures on Hill staffers have grown considerably.  In addition to the National Capital Region’s skyrocketing housing costs, many staffers are seeing more and more of their hard-earned dollars go towards paying off student loan debt to cover rising college tuition.  High childcare costs in the Washington, DC area are an additional financial burden on staffers who are parents of young children.

All these pressures have implications for the congressional workforce, including:

Despite salary concerns, staff may find that there are certain benefits to working on the Hill. For instance, staff may have access to a student loan repayment program that provides up to $10,000 in assistance per year, similar to a program for executive branch employees.  The loan repayment program comes with a number of caveats, however,  only federal student loans are applicable, and staffers participating in the program must stay in their offices for at least a year.  Additionally, individual offices may have their own policies on loan repayment, like giving all staff members a set amount of money or using a sliding scale based on tenure or income.  Furthermore, the more staff an office has, the fewer dollars it is able individually offer for loan repayment.

It should be noted that people do not pursue jobs on Capitol Hill only because of the pay.  Being a congressional staffer is highly desirable due to the unique experience the position offers, and it’s not uncommon for vacancies for entry- and junior-level positions in the House or Senate to attract dozens or hundreds of qualified applicants.  Working on the Hill can be seen as a steppingstone to a more lucrative positions in the private sector or the Executive Branch.  Despite the strong desirability of congressional jobs, low salaries are still likely to contribute to high turnover, as the average tenure for a Capitol Hill staffer is just over three years.

Fortunately, concerns over staff salaries have yielded some changes.  By 2019, paid internships once again became a reality for many House and Senate offices after cuts to MRAs and SOPOEAs in 2011 forced offices to make many internships unpaid  as a cost-cutting measure.  Thanks to the  FY 2019 Legislative Branch appropriations bill, each individual House office has a pool of $20,000 it can spend on intern compensation annually, while the amount offered to Senate offices depends on state size.  The reintroduction of paid internships to Capitol Hill was part of a multi-year effort to allow individuals from a more diverse range of socioeconomic backgrounds to be introduced to a career in public service.   However, workforce diversity issues remain a concern.  According to a report issued in May 2021, most interns on Capitol Hill were white and had attended private universities.

Some Members have taken it upon themselves to pay staff more.  In 2019, then-freshman Rep. Alexandra Ocasio-Cortez (D-NY) announced that all of her staff would be a paid a minimum of $52,000 to handle high living expenses in the Washington, DC area.  To make this high minimum salary possible, Ocasio-Cortez capped salaries for senior positions in her office at $80,000.  Other House offices have yet to adopt Ocasio-Cortez’s compensation model, possibly out of concern that lower salaries for senior positions could make it more challenging to attract top talent.  However, the New York Congresswoman may be in a better position to attract high-quality senior staff due to her status has a high-profile Representative.

Additionally, in May 2021, Hoyer and Jeffries teamed up with House Administration Committee Chair Zoe Lofgren (D-CA) to study whether expanded benefits should be included in the FY 2022 Legislative Branch appropriations bill to further boost staff recruitment and retention efforts. Some of the benefits under consideration include reimbursement for adoption or fertility treatment, first-time homebuyer assistance, and a 529 college savings plan.

What Will Happen Next?

It seems that calls to increase staffer pay are finally being heard, at least in the House.  On June 29, the House Appropriations Legislative Branch Subcommittee favorably report its  FY 2022 appropriations bill, which contains a 21% increase to the MRA, as well as a boost to the paid internship program.  This might prove to be the first step in ushering in higher pay for Hill staffers.  On the Senate side, there doesn’t appear to be much momentum to increase staff salaries, which are still somewhat higher than they are in the House.  Some members may be concerned about the optics of raising the MRA, as it could lead to criticism that congressional staffers are getting a pay boost at the expense of taxpayers.  Still, if a desire to address the high cost-of-living in the DC area and increase diversity was enough to provide funding for interns, it might be enough to provide a much-needed pay raise for Hill staffers.