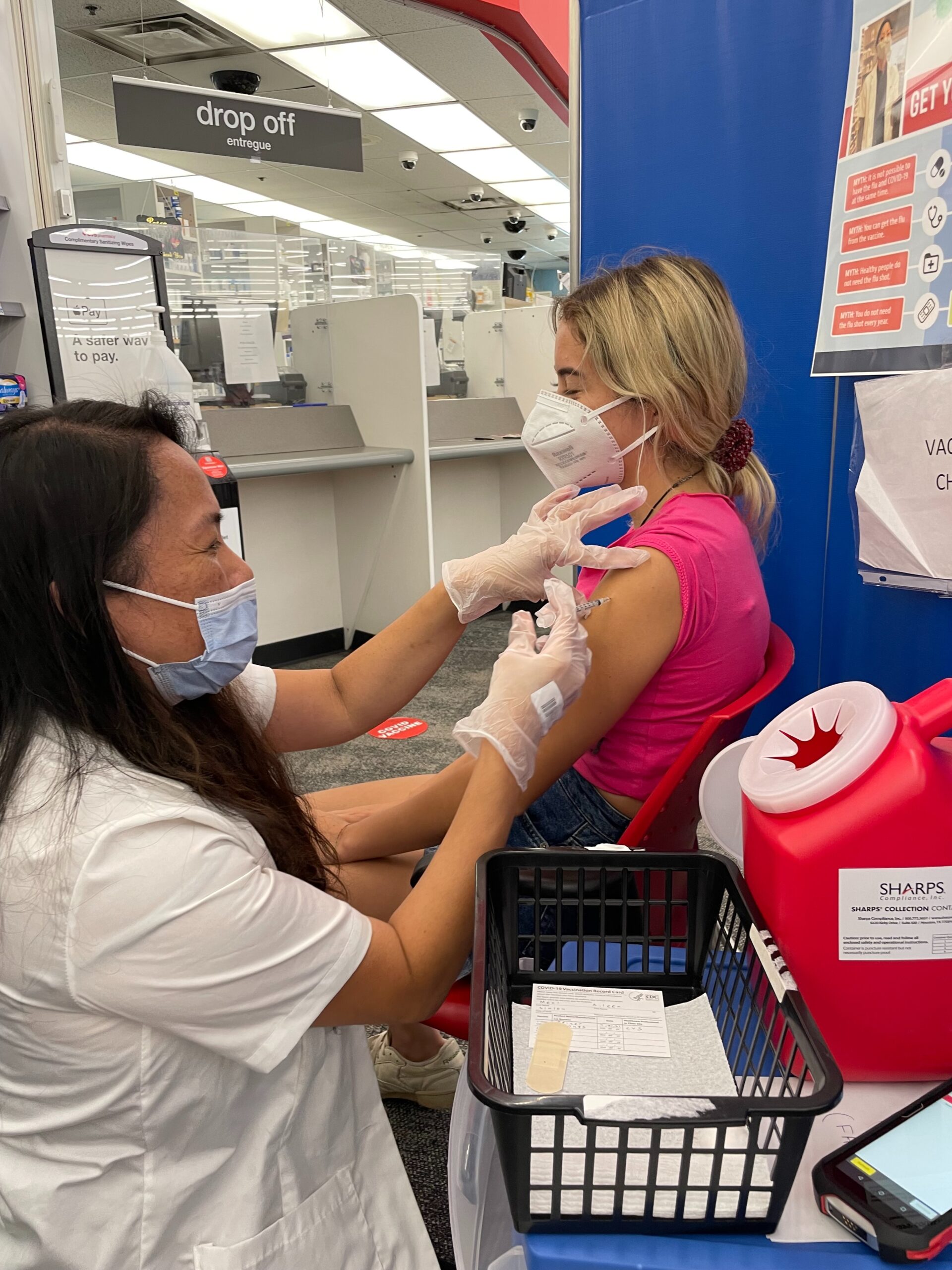 President Joe Biden got his updated bivalent COVID-19 booster shot on Tuesday to underscore the administration’s latest push to get more Americans boosted ahead of what’s expected to be a rise in the  case numbers over the coming weeks.  Since the bivalent boosters became available last month, only 8% of eligible Americans have received a shot so far.  Key components of the new plan include education and outreach to seniors and other high-risk Americans, which includes a media campaign and a #VaxUpAmerica Family Vaccine Tour.  The plan also calls for engagement with employers, pharmacies, and schools to urge members of their respective communities to get boosted.   The Biden administration is also urging Americans to get their annual flu shot alongside their COVID-19 vaccine booster.

Some of the nation’s worst nursing homes will soon see stiffer penalties, according to new enforcement measures laid out by the Biden administration last Friday.  The enforcement actions are part of a broader plan to boost nursing home quality that President Biden first announced in his State of the Union Address earlier this year.  Some of the new steps the administration is taking is increasing penalties for nursing homes that fail to address their violations and increasing safety standards. The administration also announced several actions to help nursing homes improve, such as $93 million in grant funding to support workforce development, education, and training.  Nursing homes have come under increased scrutiny over the past few years as the COVID-19 pandemic has exacerbated workforce shortages and resulted in subpar conditions for residents.

While premiums in employer-sponsored health plans remained stable in 2022, employers could face higher premiums in 2023, according to an annual employer benefits survey from the Kaiser Family Foundation (KFF).  That’s because insurance plans finalized premiums for 2022 before fall 2021, which precedes the surge in inflation observed this year.  While employers have largely absorbed higher premiums thus far amid a tight labor market, KFF notes that a spike in premiums next year could mean employers may have to reconcile between the difficultly of passing higher premiums on to employees while managing their own inflation-driven financial pressures.  The survey also found that nearly a third of large employers say their insurance networks don’t have sufficient access to behavioral health care providers, despite a growing demand among employees for mental health care services.

The number of Americans who died from cancer between 2015 and 2019 declined by 2.1%, according to the latest annual report from the National Cancer Institute (NCI).  The biggest decline in cancer deaths was observed in two cancer types:  melanoma and lung cancer.  The report also found modest improvements in the survival rate for pancreatic cancer, which is notable given its association as one of the most lethal types of cancer.  However, the report found that the incidence of new cancers has remained largely unchanged, and that racial and ethnic minorities are more likely to die from certain types of cancer.

Ever since Speaker Nancy Pelosi (D-CA) endorsed unions for congressional staff back in February, six Democratic congressional offices have voted to form unions, while another five offices have filed petitions to hold elections on forming their own unions.  As Republicans are likely to control the House in the next Congress, some are worried that staff unions in the House could be short-lived, given House Republican Leader Kevin McCarthy’s (R-CA) opposition to staff unions.  However, some union experts say Republicans may not bother to disband unions because such a move would require statutory changes (as opposed to a simple resolution), as well as the fact that no GOP offices have yet to unionize.

After a two-year pandemic hiatus, the Marine Corps Marathon is back in action in Washington, DC this Sunday.  The marathon route starts in Arlington National Cemetery and continue across the Key Bridge into Georgetown and Rock Creek Park before heading over to the National Mall and crossing the river back into Virginia.  Up to 30,000 people are scheduled to attend, making it one of the most popular marathons in the world.