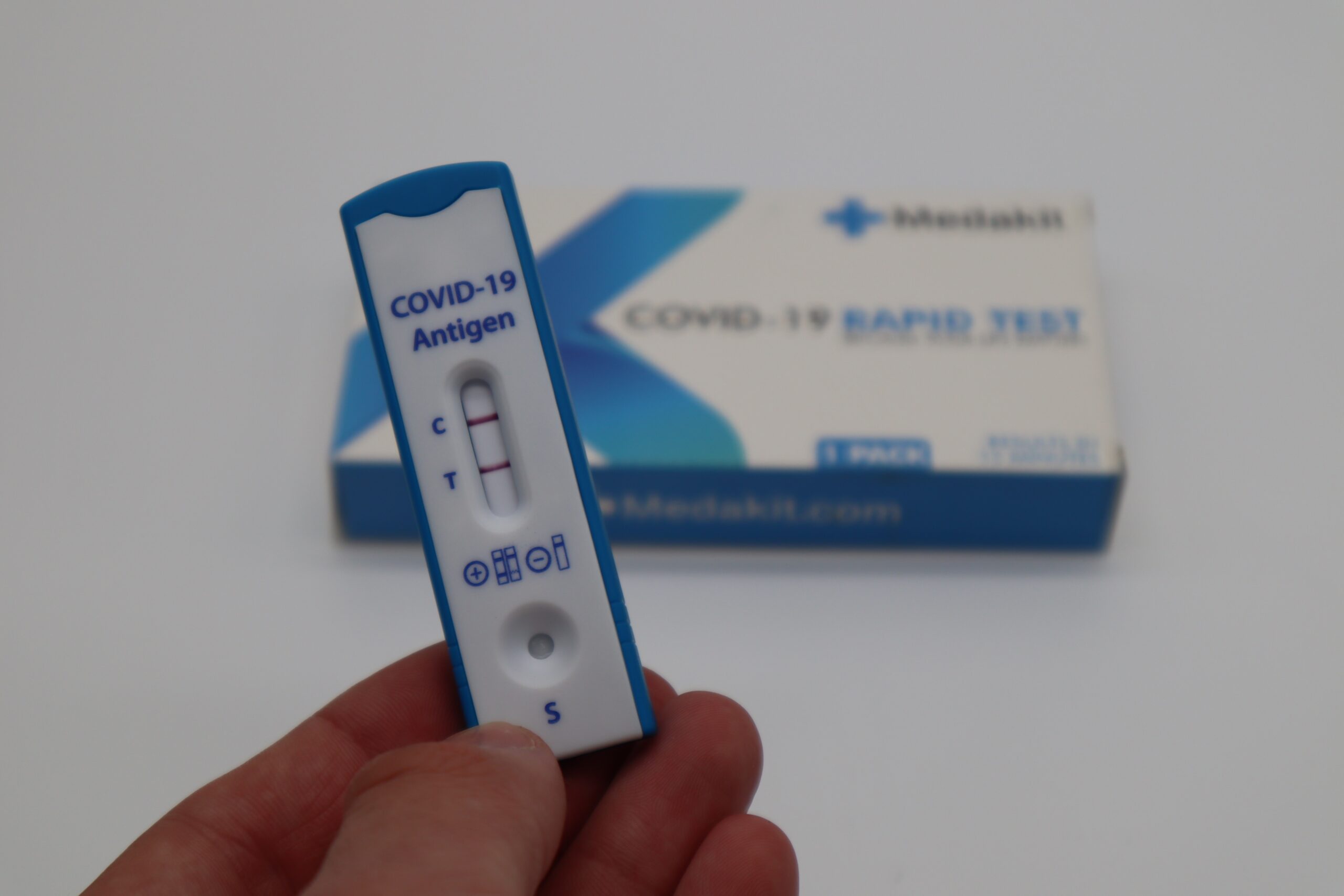 “Should we just send one to every American?”  That’s what White House Press Secretary said on December 7 when asked during a press briefing why more Americans don’t have access to rapid antigen tests. Psaki’s response – which many deemed sarcastic – sparked a wave of backlash from members of the medical community who think that’s exactly what the Biden administration should do and make tests available to everyone at no cost.  So why isn’t the administration doing it?

Rapid tests are seen as an important public health tool for reducing the spread of COVID-19 because they can be used at home by an individual and provide results in as little as 15 minutes.  While not as accurate as PCR tests, rapid tests are available over- the-counter, which makes it easier and more convenient for people to get access tests.  And more people taking rapid tests would mean identifying more COVID-19 cases than would otherwise be possible with only PCR testing. Having an increase in access to rapid tests could also make forthcoming COVID-19 antiviral pills more useful, since their effectiveness depends on being taken within the first five days of illness.  Due to the convenience of rapid tests and their potential to stop the spread of COVID-19, some public health experts have pointed to over-the-counter tests as a way to potentially control the pandemic and return to “normal life.”

Currently, the availability of rapid tests in the US pales in comparison to other wealthy nations, where people can readily access tests at little or no cost.  In Germany, rapid tests are available in grocery stores for less than $1, while people in the United Kingdom can request mail-order rapid tests free-of-charge.

Here are some of the reasons why Americans can’t get rapid tests as easily as Germans or the British.

Fortunately, rapid tests are a part of the Biden administration’s plans to combat COVID-19.  On December 2, President Joe Biden announced that insurance companies will soon reimburse individuals who buy over-the-counter rapid tests.  Other recent actions the administration has taken include investing $650 million to strengthen manufacturing capacity for rapid tests and a $70 million investment to develop an accelerated pathway within the Food and Drug Administration (FDA) to evaluate rapid tests.

But…rapid tests might not make a huge difference, anyway.  While rapid tests were frequently lauded by public health officials as a way to curb the pandemic, real-world evidence in countries where rapid tests are readily available suggests otherwise. In Germany, infections, hospitalizations, and deaths have increased dramatically since October, while the UK has seen COVID-19 case numbers grow since restrictions were fully lifted in July (although hospitalizations and deaths remain low).

And even though Biden recently committed to new investments in testing, which could result in 300 million new rapid tests per month, it would still amount to less than one test per month per person in the US.

While convenience of rapid tests is undeniable, a boost in the availability of tests might accomplish little in the US, where most of the country is already grappling with a surge of new cases.