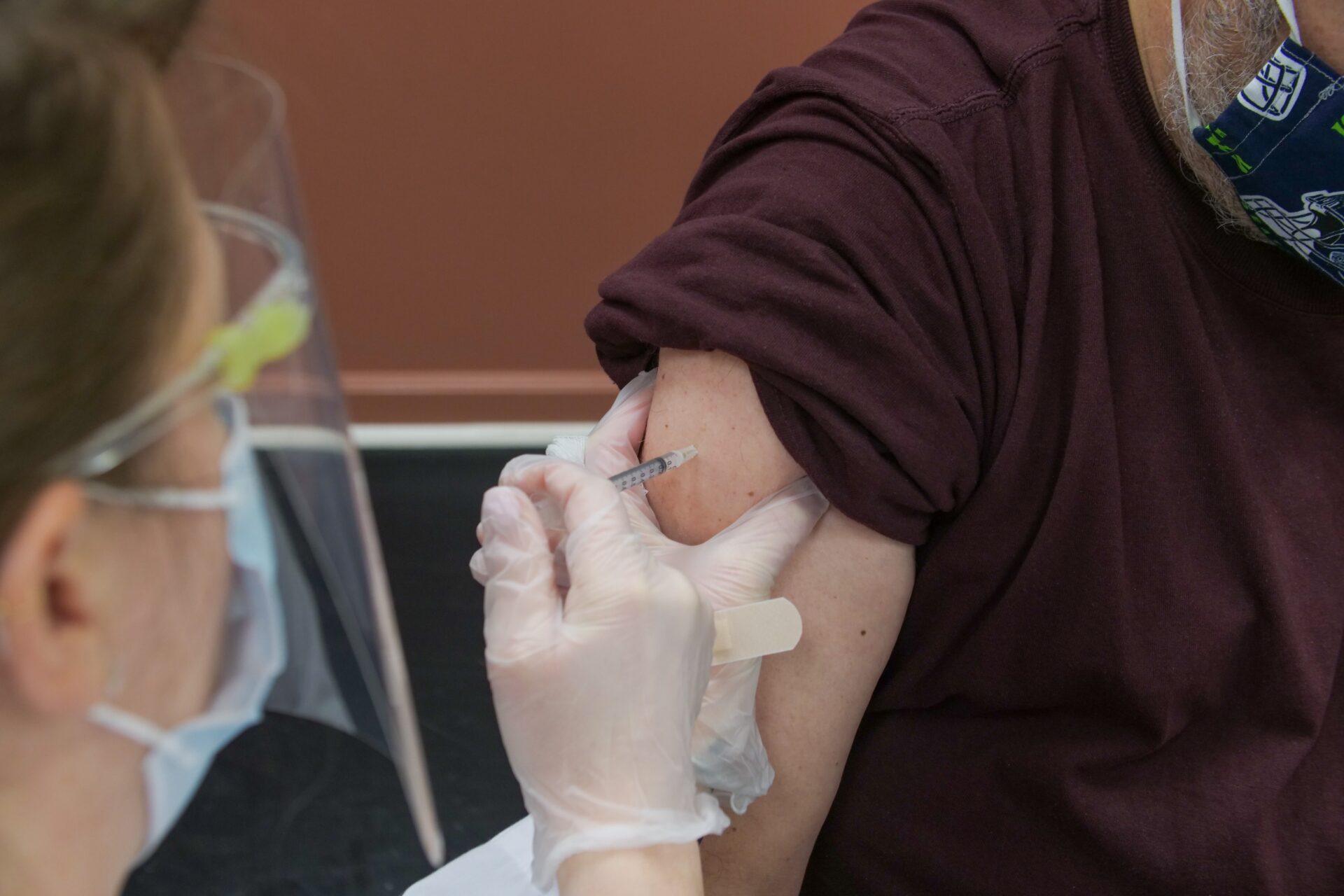 On July 8, the Centers for Disease Control and Prevention, and the Food and Drug Administration issued a joint statement saying that vaccinated Americans “do not need a booster shot at this time.”  The agencies also affirmed that currently approved vaccines are still effective against variants such as Delta.  The statement was issued hours after Pfizer announced it will soon seek authorization for a COVID-19 booster to provide added protection against COVID-19 variants.  New research out of Israel suggest Pfizer’s vaccine is less effective against the Delta variant, which is prompting greater interest in booster shots. CDC and FDA have vowed to continue to review new data on vaccine efficacy as it becomes available.

On July 6, President Joe Biden announced a new community-focused effort to get more Americans vaccinated though door-to-door outreach, mobile clinics, and directing  more vaccine doses to workplaces, pharmacies, and doctor’s offices.  The President’s announcement comes as parts of the country with lower vaccination rates have seen an increase in new cases due to the Delta variant.  According to the CDC, the Delta variant comprises 51% of new COVID-19 cases in the US.  Biden also announced a goal to get as many adolescents aged 12 to 18 vaccinated as soon as possible before the school year begins as well as the mobilization of new “COVID-19 Surge Response teams” to aid communities with higher numbers of unvaccinated people.

According to a study released on July 7 by the Commonwealth Fund, the US vaccination campaign against COVID-19 prevented about 279,000 deaths and 1.25 million hospitalizations between December 12, 2020 and July 1, 2021.  The study also found that vaccines blunted the spread of the Alpha variant in the spring, preventing nearly 4,500 deaths per day.  However, the report warned that the Delta variant will continue to pose a “special threat” to unvaccinated populations in the coming months, requiring renewed commitment to vaccinations.

On July 8, Biogen announced that the FDA had updated the labeling for its recently approved Alzheimer’s drug so that it can only be usedfor patients with mild Alzheimer’s disease.  This change in labeling comes after the drug, known as Aduhelm, attracted criticism for being approved for all patients with all stages of Alzheimer’s when its clinical trials only included people in the earliest stages of Alzheimer’s.  The decision to narrow the number of people who can be treated with the drug could address the criticism of Aduhelm’s financial impact, which has a list price of $56,000.

Fencing Around Capitol to Come Down Soon

According to a memo from the House Sergeant at Arms to all members of Congress and staff, the remaining fencing surrounding the US Capitol Building will start being removed as early as July 9.  The black perimeter fencing was initially put up to bolster security at the Capitol in the wake of the January 6 riot.  The memo states that the Architect of the Capitol has the ability to “expeditiously reinstall” the fencing, if it is needed.  An outer perimeter fence that closed off several blocks around the Capitol was already removed in March.  Despite pending removal of the remaining fence, which is expected to take about three days, the Capitol still remains closed to visitors.

ICYMI: New Book Looks at the Role of Presidents’ Friends

A new book by journalist and former political operative Gary Ginsburg was published on July 6, tells the story of nine friends to  US presidents and the impact of their relationships.  For example, Eddie Johnson, a longtime Jewish friend of President Harry Truman, may have played a pivotal role in lobbying the 33rd president to make the US the first nation to recognize the statehood of Israel.  Other friendships profiled include President Franklin Pierce and Nathaniel Hawthorne, author of The Scarlet Letter, and President Bill Clinton and Vernon Jones, his golfing partner.