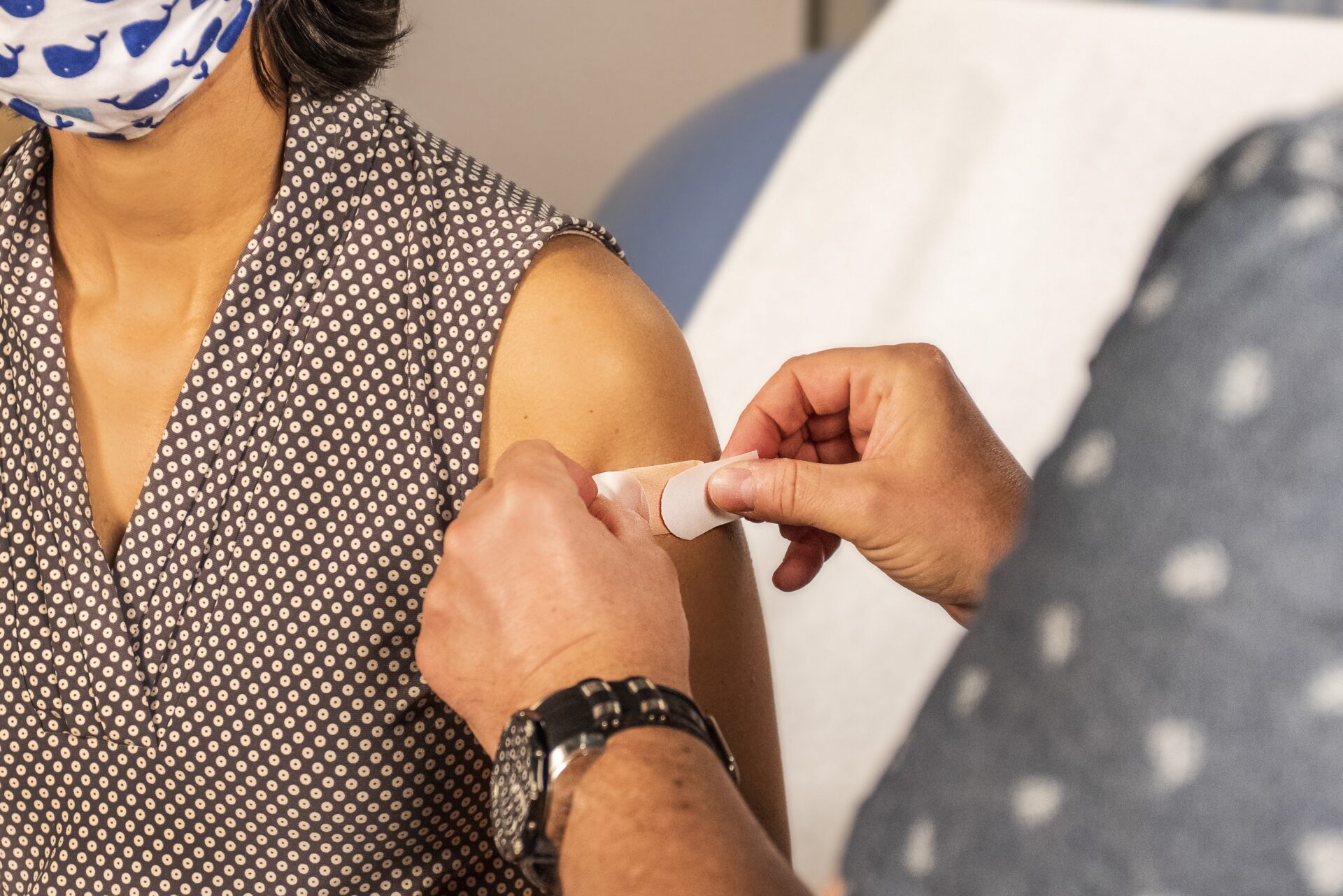 Ahead of a September 17 meeting of the Vaccines and Related Biological Products Advisory Committee (VRBPAC), Food and Drug Administration (FDA) staff declined to take a position on whether to back third-dose “booster” shots of the Pfizer COVID-19 vaccine in a meeting briefing document.  While FDA staff acknowledged that some observational studies have pointed to declining efficacy of the Pfizer vaccine over time, much of the data presented in these studies has yet to be verified independently.  FDA staff also wrote that overall data indicates all currently authorized COVID-19 vaccines still offer protection against hospitalization and death.  Alongside the briefing document, FDA released data from Pfizer’s application for booster shots on September 15 that offers the company’s case for a third, immunity-restoring dose that VRBPAC will consider during its Friday meeting.  Separately, Moderna announced on Wednesday new data that points to benefits of a third “booster” dose of its vaccine.

On September 15, three moderate House Democrats – Reps. Scott Peters (D-CA), Kathleen Rice (D-NY), and Kurt Schrader (D-OR) – blocked passage of a measure to allow the government to directly negotiate on drug prices during the third day of the Energy and Commerce (E&C) Committee markup.  Even though the drug pricing measure passed the Ways and Means Committee later that day, the push-back from the three moderate House Democrats signifies the challenges Speaker Nancy Pelosi (D-CA) faces in securing near-unanimous support among House Democrats to advance the $3.5 trillion “human” infrastructure plan. Reps. Peters, Rice, and Schrader believe the sweeping price negotiation plan would hurt drug innovation and has no chances of passing the Senate.  Instead, they are pushing for a more modest proposal that would subject price negotiations to a limited number of drugs, which progressive Democrats consider to be a non-starter.

On September 13, the Centers for Medicare and Medicaid Services (CMS) issued a proposed rule to repeal a Medicare breakthrough device coverage rule that was finalized in the waning days of the Trump administration in January 14, 2021.  Under the initially established pathway,  Medicare would cover a breakthrough medical device for four years beginning on the date of FDA authorization.  However, under the Biden Administration, CMS feels the rule needs to be withdrawn because FDA’s approval standards do not necessarily mean a product is safe for Medicare’s patient population.  The proposed rule is considered a win for the insurance industry, which felt the coverage pathway would result in “premature coverage of unproven devices for the Medicare population.”  And, if CMS finalizes the rule, it  would be bad news for medical device manufacturers, which saw Medicare coverage as payoff for taking the risk to develop breakthrough devices.

Former Secretary of State Mike Pompeo and former New Jersey Governor Chris Christie were named national co-chairs of the National Republican Redistricting Trust (NRRT), an organization aimed at providing resources to support Republicans in the post-2020 census redistricting process.  NRRT was launched in 2017 as a counterweight to the National Democratic Redistricting Committee, which is being led by former Attorney General Eric Holder during the Obama administration.  The announcement comes as both parties prepare for a redistricting process that is likely to face numerous legal challenges.  As discussed in an August 10 blog post, Democrats’ razor-thin majority in the House means redistricting could have an outsize effect on which party controls the lower chamber after the 2022 midterm elections.

ICYMI: Congressman Gets Mistaken for an Intern

Overheard DC, a Twitter account that shares interesting exchanges heard around the nation’s capital, posted an exchange  on Tuesday of a congressional intern asking an individual at the Subway in the Rayburn House Office Building who he worked for.  The individual replied, “I’m a member,” meaning he’s a member of Congress. The member in question turned out to be Rep. Gregory Meeks (D-NY), who currently chairs the House Foreign Affairs Committee.  Meeks later commented “glad I still blend in with the cool kids” when resharing the Overheard DC tweet.  The tweet also saw engagement from Rep. Abigail Spanberger (D-VA), who said she had previously experienced a similar case of mistaken identity.